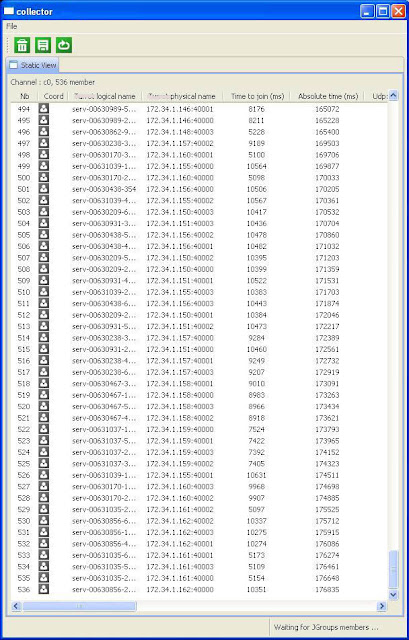 The first talk [1] is about geographic failover of JBoss clusters. I'll show 2 clusters, one in NYC, the other one in ZRH. Both are completely independent and don't know about each other. However, they're bridged with a JGroups RELAY and therefore appear as if they were one big virtual cluster.

This can be used for geographic failover, but it could also be used for example to extend a private cloud with an external, public cloud without having to use a hardware VPN device.

As always with my talks, this will be demo'ed, so you know this isn't just vapor ware !

The second talk [2] discusses 5 different ways of running a JBoss cluster on EC2. I'll show 2 demos, one of which works only on EC2, the other works on all clouds.

This will be a fun week, followed by a week of biking in the Bay Area ! YEAH !!

Hope to see and meet many of you in Boston !
Cheers,